When it comes to statistics around home invasions, they can paint a truly terrifying picture. According to a United States Department of Justice Report, 38% of assaults and 60% of rapes occur during home invasions. Over 2 million homes are broken into every year, which equates to roughly 4500 break-ins per day! When you look back it appears this is a rising trend. Between 1994 and 2010 the average of break-ins per year was just over a million, so numbers have doubled since then. Our homes are the one place where we should feel 100% safe but this clearly isn’t the case. So to help make your home safer, we’ve collected five tips to help you prevent a home invasion.

It might come as a shock but as a 2016 Burglary Victimisation Survey show the majority of burglaries take place between midday and 4pm. Night time burglaries account for only 17% of the total number. There are a number of reasons for this but probably the most obvious, is that people are often away at work and that potential burglars or home invaders can walk around more freely, with less suspicion during the day. People who are at home during the day often don’t take security as seriously and will leave doors and windows open and unlocked, this provides ample opportunity for home invaders.

Safety Tip: If you are away during the day you might want to leave a window open for ventilation to let fresh air flow through and not return to a stuffy house, or even to let your cat come and go. This, however, poses a real security concern as an opportunistic criminal can use the window as an easy access point. This is where a device such as LockLatch can help allowing you to keep windows open locked. 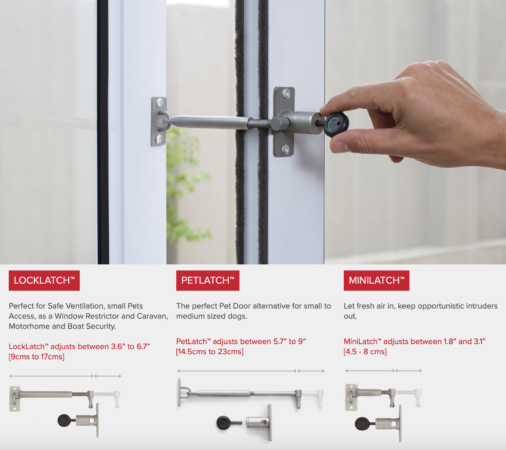 A BEELINE TO THE BEDROOM

When the journal, Criminology, ran a study on criminal behaviour in 2019 they discovered that the majority of experienced burglars or home invaders would head straight for the bedroom. Their reasoning was simple; bedrooms are where people keep their most valuable, small items. Things like jewelery and other valuables present a much more convenient target (rather than electronics such as your television, which may seem like a more obvious target). Not only are these smaller, yet high value items easier to remove from the scene, they are also easier to resell or pawn at their original value.

Safety Tip: Rather than keep valuables in a drawer or wardrobe, get a small safe that can be bolted to the wall or floor. It is even better if you put this safe in a less obvious place, such as a basement or pantry. Finally, if you have valuables that are irreplaceable, such as a family heirloom, consider getting a safety deposit box at a bank. 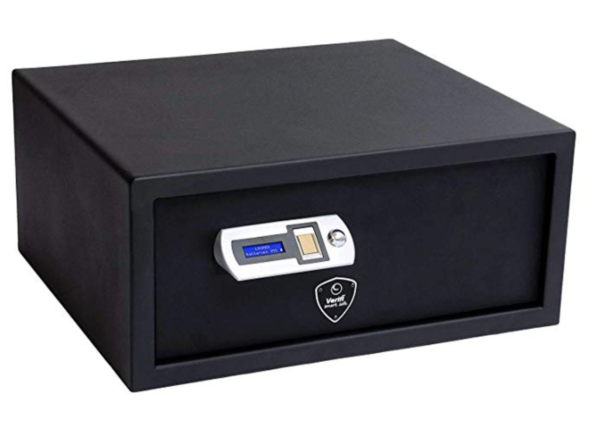 DON’T BE THE “SOFT TARGET”

Most home invaders or burglars are looking to minimize risk. If they have a choice between an easy target and one with more complications, they will almost always take the easy route. This makes a lot of sense, they don’t want to be caught and the more complicated the break-in, the less appealing it will be.

Safety Tip: One of the best ways to avoid a home invasion is to show off your safety measures. This can be as simple as advertising your alarm system, or putting lights on the outside of your premises. Visible burglar bars are also a great deterrent. It might seem counter intuitive but a 2017 FBI study showed that the majority of burglaries occur in states that are more rural than urban. In fact, New Mexico, Mississippi, Louisiana, Oklahoma and Arkansas had the highest rates of burglary in the US (and in that order). There may be a number of reasons for this including socio economic conditions in these states, as well as rural areas having slower response times to cases of home invasion or burglary.

Safety Tip: If you do live in a rural area, we’re not suggesting that you move to a city but rather not to fall into a false sense of security. Just like burglaries occurring during the day, as mentioned in the first tip in this article, be mindful of your security even if you feel safe.

ALWAYS HAVE A PLAN

Taking proactive precautionary measures is always better than actually having to deal with the reality of a home invasion. But if the worst happens, and you become the victim of a home invasion, it is important that you know what to do to survive the encounter. Having a clear plan, that everyone in your home knows and understands is vital to ensuring that your family gets through the encounter.

Safety Tip: This is a topic we’ve written about before, and you can get more detailed tips and information from our 10 Tips for Preventing & Surviving a Home Invasion article but one of the most important tips we can give is to be prepared. Make sure your family has access to emergency numbers and knows where to go if someone breaks into your home. This is something that you should rehearse often so that if the worst ever happens, your family knows what to do immediately. Be Prepared With Emergency Numbers

We hope you’ve found these safety tips to be a helpful primer to preventing and preparing for a home invasion. The thought of someone invading your home and violating your privacy is one of the scariest things that can happen to an individual or family, and it is always better to be over prepared than under prepared. After all, your home should be a place you can relax and unwind and not a place you feel insecure or unsafe in.

7 DIY home security tips you can do this weekend

11 Home security tips for women who are home alone

Welcome! We use cookies on our site to improve customer experience. We don't store any personal data that you don't provide.
By using the site you agree to use cookies. You can read more in our privacy policy.